There’s a couple of interesting looking new lightweight boots in the
offing from Salomon, the Quest
and Cosmic 4D GTX, which borrows  many of the
features first seen on the highly successful XA Pro running and
adventure racing shoes. 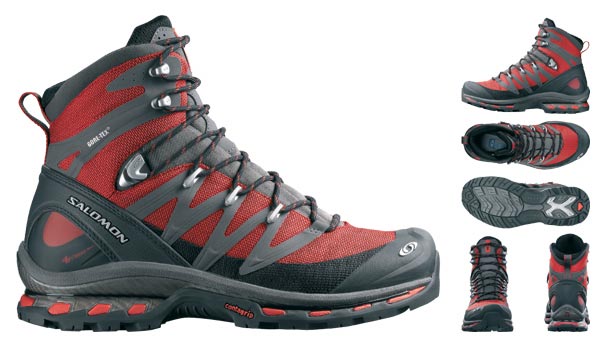 Due out this spring, the Cosmic – above – looks strangely familiar and
uses an evolution of the 3D chassis from the running shoe. The
multi-layered 4D design has more cushioning in the forefoot for boot
use and added stability features.

The new boots, say Salomon are lightweight, agile but stable footwear
that can be used for trekking, backpacking and hiking. As well as the
4D Advanced Chassis, the boots have protective heel and toe caps,
Gore-Tex waterproof liners, a moulded EVA mid-sole for underfoot
cushioning, Contragrip outsole unit and an Ortholite sockliner.

Available shortly. We should have a pair for review shortly, so watch
this space.

Running out of things to watch and yearning more and more for the outdoors?

The Outdoor & Adventure Podcasts We've Been Listening To

There's a lot out there at the moment. Here are the ones to make a beeline for.

And it's more than just a gear collab...

Netflix and Thrill | Best Adventure Movies On Netflix In 2020

Everything from mountain blockbusters to niche documentaries