Header Image: In the Shadow Of Thor

The first of its kind to be hosted in the capital, the London Mountain Film Festival was primed to run on 2nd – 3rd May, in the Royal Geographical Society building in South Kensington, but, as has been the case with most events across the country, that plan has had to change.

Instead, the festival organisers have decided to shift the event into an online format.

“We couldn’t bear the thought that these films wouldn’t reach our audience,” said Greg Hackett, the festival’s CEO. “So we are offering them free online for anybody in need of some escapism.” And props to Greg for doing so. With much of the outdoor industry feeling the pinch from every angle of the current situation, it’s great to have a weekend that celebrates the passions we all dedicate so much of our life to, fuelling us with psyche and motivation ready for when we can next get safely out into the hills.

Covering a broad range of topics from mountaineering to cycling, we’ve selected five of our favourites to watch during the weekend’s virtual festival. To watch all of them in full, head over to the London Mountain Festival and register for free. “The Paddy Buckley Round is a 100km fell running challenge that takes place in the mountains of North Wales. Those who are brave enough to take on the challenge have to climb 8000 metres over 47 of Snowdonia’s highest mountains. All who attempt it want to break the magical 24 hour barrier, as does Huw Jack Brassington.

“But when a massive summer storm hits Snowdonia this already monstrous challenge becomes almost impossible. As Huw battles against the weather he has to push the boundaries of his strength, endurance and determination further than he’s ever done before.”

“From 5.13 big walls in Yosemite to 5.14 sport climbs in Mexico to V14 boulder problems in Colorado, Pretty Strong follows eight of the world’s strongest female climbers as they explore new climbing areas, send hard projects, and push the boundaries of the sport and themselves. The climbers featured include Nina Williams, Katie Lambert, Daila Ojeda, Hazel Findlay, and more. Pretty Strong is a climbing film about women, by women, and for everyone.” 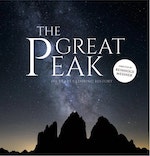 “It’s 150 years since the Cima Grande was first climbed. On the Tre Cime, one of the most famous mountain motifs in the world, the great pioneer Paul Grohmann wrote mountaineering history. Reinhold Messner tells, with the help of spectacular pictures, how Paul Grohmann and many after him have left their mark on mountain climbing.”

Why are we doing this, again? – Marie Dumoulin 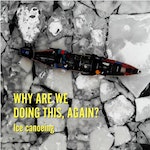 “It was just over 50 years ago, that the first women’s ice canoe team decided to join their male counterparts to cross the icy waters of the St. Lawrence River during the Carnival of Quebec’s traditional ice canoe race. In the fall of 2018, six women decided to form their own team, which would become the first women’s elite ice canoe team in Montreal. Their goal: to be at the level to race in the Quebec Ice Canoe Circuit.”

The Legacy Of The Duke Of Edinburgh

We take a look at the Duke's greatest achievement

Prince Philip | The Legacy Of The Duke Of Edinburgh

Super light and super tough. So... what's the secret?

Game-changing Gear | The Amphibious E-Tricycle You Can Sleep In

This might just be the wackiest mode of adventure travel out there.