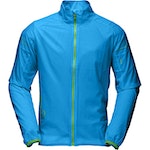 If you’re a walker, climber, mountaineering type who’s also into mountain biking, you may have observed something interesting. Not to put too fine a point on it, a lot of mountain bike clothing is, to put it bluntly, a bit gash.

Whereas the top outdoor brands focus on using innovative fabrics and construction with optimised cut, an awful lot of mass market mountain bike clothing seems to be simply built to a price, a low one. It’s an odd contradiction that while mountain bikers are happy to spend up to 50 quid on a tyre or £300 on a seatpost that moves up and down, they expect to be able to land a super breathable, well-cut, waterproof jacket for £50, yep, the same amount that they’d spend on a tyre.

The Crusties Of The Outdoors World

The result is a whole bunch of ill-fitting, built to a budget clothing, that quite honestly doesn’t work that well and often falls to pieces too. There are honourable exceptions: Gore Bike Wear, a company owned by WL Gore of Gore-Tex fame produces some pretty good kit using its own fabrics including Gore-Tex Active Shell and, to be fair, there’s some neat road cycling kit out there from the likes of Castelli, Assos, Brit start-up Morvelo and style-conscious Rapha, but somehow it all seems to have passed mountain bikers by.

They are, in short, the crusties of the outdoors world, slogging around in ill-fitting, plastic bag jackets and shorts that struggle to stay done-up or in one piece for longer than six months. And don’t get me started on mountain biking ‘base-layers’…

Which if you’re like me means you tend to use a lot of outdoors kit for riding, simply because it’s better made, better cut and uses better fabrics in more interesting designs. Stuff like Rab’s VapourRise Lite, for example, works brilliantly on a bike, ditto stretchy, non-membrane, double-weave soft-shell tops and even shorts – Hagllofs Lizard work well – and hybrids with a mix of soft shell and waterproof shoulders.

Slim-fitting alpine shells with drop-tails, venting and long-sleeves coincidentally also rock on a mountain bike, though flapping hoods don’t and top waterproof breathables are significantly better than the sort of generic fabrics used by many bike brands.

Yes, they’re also more expensive, but this is a world where people can easily spend £2,700 on a carbon frame alone and that’s before you add wheels, gears, pedals and your £300 post that moves up and down at the touch of a button. There are people out there riding £10,000 mountain bikes and wearing a 50-quid bin-liner of a shell jacket.

But what if you could take outdoor fabrics and technology and make bike-specific clothing? Interestingly, mercifully you might say, that might just be what is happening. First example: Norwegian brand Norrøna – sometimes viewed as the ‘European Arc’teryx’ – has it’s own collection of mountain bike clothing dubbed ‘fjørå and you know what, it’s absolutely brilliant.

Or the deceptively simple Aero 100 Jacket, a minimalist windproof cut to be comfortable when riding, pack into a tiny package and made from probably the most breathable windproof fabric I’ve ever used. And to underline that someone’s thought about things, the rear zipped stash pocket is cut on the slant to make it as easy as possible to access on the move. Discrete genius.

And yes it’s expensive, but it works – and you can find it in sales sometimes… that’s what I did.

What If Arc’teryx Made Bike Kit?

And now, intriguingly, there’s a new kit, erm, kid, on the block in the shape of Canadian start-up 7Mesh coming right at you out of Squamish. Started by a bunch of guys with an Arc’teryx heritage, 7Mesh aims to translate that sort of attention to detail, precision manufacturing technique and use of top-notch fabrics to mountain bike clothing.

The brand’s first jacket is called the Revelation, is available now in a limited edition and is, as far as we known, the first mountain bike jacket to made from the latest, more breathable, durable, Gore-Tex Pro fabric. It seems like a no-brainer: abrasion, wet and crash-resistance are all part of the mountain biking furniture.

It’s been cut specifically to work on bike,in a riding position, has a removable under-helmet hood designed to give decent peripheral vision, has both forearm and side-vents to minimise boiling over potential and has pockets too. And get this, it still weighs just 270 grammes.

It also uses super narrow 8mm micro tape and trimmed seam tape. And if that sounds familiar, well, it’s very Arc’teryx. In fact, in a piece on outside online, 7Mesh  CEO Tyler Jordan – himself ex-Arc’teryx – is quoted as saying: ‘ “We don’t want to be the Arc’teryx of the cycling world, but it’s not a bad company to be compared with.”

Whether that’ll be enough to make mountain bikers loosen their purse-strings and invest in their riding clothing as well as their bikes remains to be seen, but for those of us who wish they could find more mountain biking kit that’s up to the standards of technical mountaineering gear, things are looking up.

Perhaps mountain bikers won’t be the scruffy poor relations for much longer? And no, it’s not cheap, but then neither are top-end mountain bikes.

It's farewell to the queen of budget headtorches as Alpkit reveals that the venerable Manta is no more...

Swedish stove manufacturer Primus commissioned a study on the most common mistakes when using stoves.

Five Most Common Outdoor Stove Mistakes
We use cookies on our website to give you the most relevant experience by remembering your preferences and repeat visits. By clicking “Accept All”, you consent to the use of ALL the cookies. However, you may visit "Cookie Settings" to provide a controlled consent.
Cookie SettingsAccept All
Manage consent